I want to exhibit I want to visit 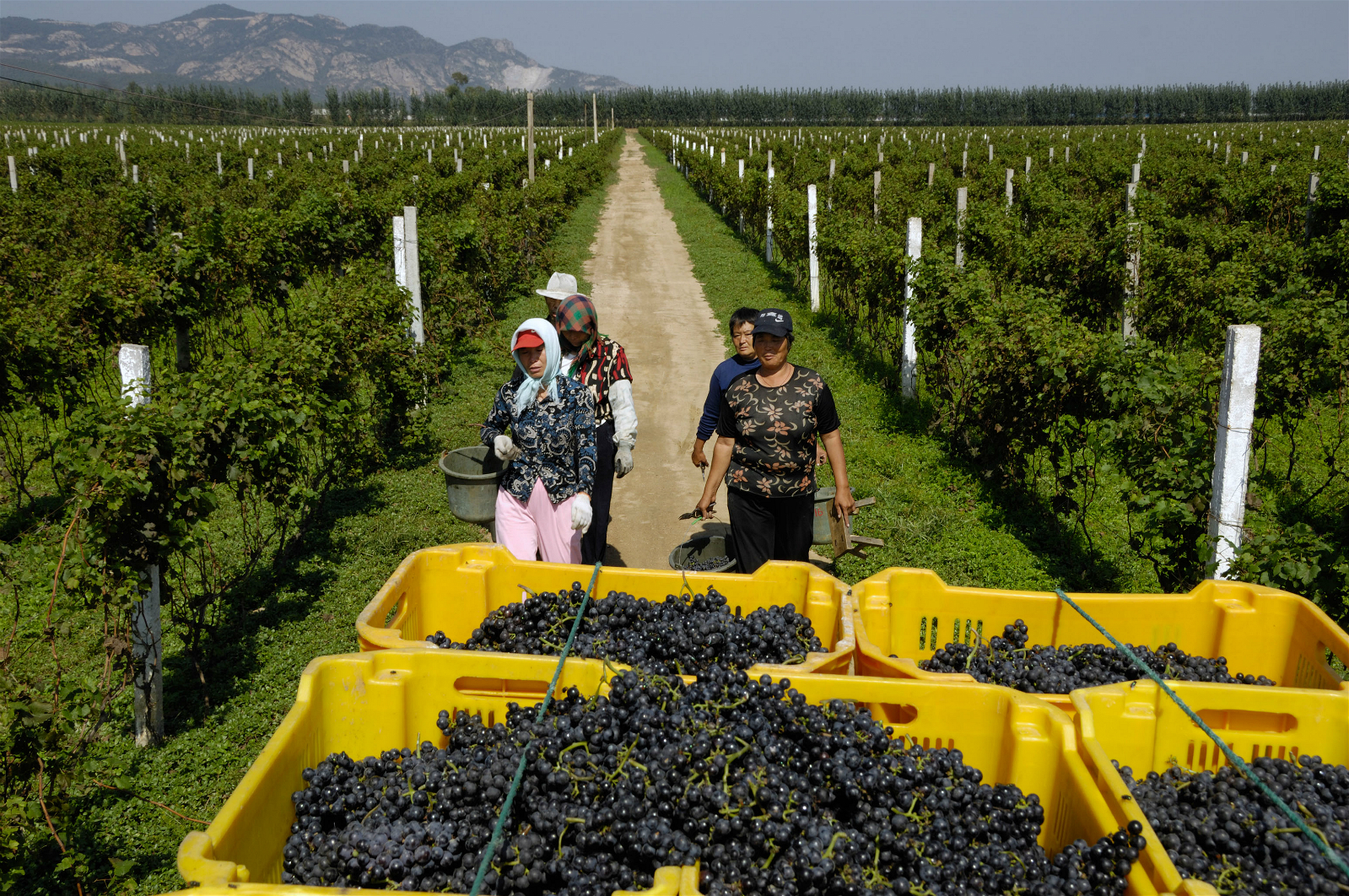 Mention climate change and some will think of Pacific island states disappearing under glacial meltwater, or global apocalypse like that depicted in The Day After Tomorrow. Calmer heads may consider the recent discussions in Poland over the Paris Agreement. Very few would think about impending changes to what we grow and eat. Even fewer would picture wine.

Environmental conditions are crucial for all agriculture but particularly so for wine-making. Temperature, sunlight and precipitation all impact grape quality. As climate change affects the industry worldwide, northern China may be set to benefit.

Wine may be considered a western beverage but urban Chinese, particularly the young, are drinking it in increasing quantities. Both imported and homegrown wines are gaining in popularity.

In fact, wine consumption is growing faster in China than anywhere else in the world. As of 2017, China was the seventh largest wine producer, the fifth largest wine market and the second largest grape-grower. In 2016, teaching materials produced by the International Sommelier Guild covered Chinese wine regions for the first time. These include wines made by the Changyu Pioneer Wine Company in Yantai, Shandong and Shihezi, Xinjiang. In 2013, the New York Times commented on Ningxia’s developing wine industry:

“In the arid mountainous region of Ningxia, some 550 miles west of Beijing, the local government has reclaimed desert-like expanses, irrigated them profusely, planted them with cabernet sauvignon and merlot and started a campaign to transform this rugged backwater into China’s answer to Bordeaux.”

In the early 1950s, China planted 3,200 hectares of grapes. By 2016 that area had expanded to 847,000 hectares. The growth, and the development of the wine industry in general, have been aided by technological advances. Climate change is another, often overlooked contributing factor.

According to the latest analysis from the Chinese Meteorological Administration, average temperatures in China have risen 0.5-0.8C in the last century, making it possible to cultivate wine grapes 100-160 kilometres further north. The zones suitable for wine grape cultivation have been creeping into China’s north-west and north-east.

Research by the North-West Agriculture and Forestry University (NWAFU) shows that climate warming has shrunk the areas with the short frost-free periods and low temperatures that restrict grape-growing: “There is huge potential for development of wine production in China’s north.” 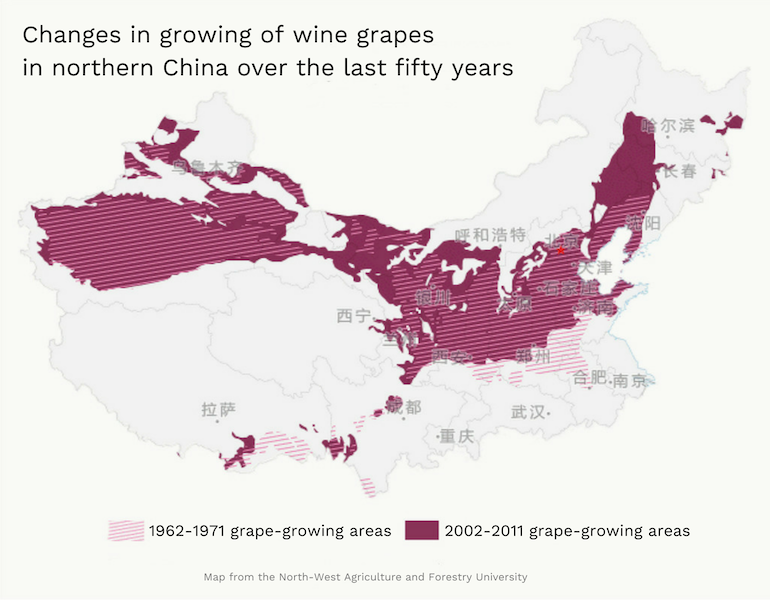 Further research by NWAFU explains that weather is crucial to a grape’s quality as it matures – and so to the quality and mouthfeel of the wine from that grape. Higher temperatures mean faster maturation and accumulation of sugars, but less malic acid, all of which affects flavour.

From 1951 to 2017, temperatures increased during the grape maturation season in most of China’s 92 wine-producing regions. “That means more gluconic acid and therefore a stronger and thicker mouthfeel and higher alcohol content.”

The Intergovernmental Panel on Climate Change (IPCC) has said that if measures to stop climate change are not taken, global temperatures will increase 5.8C by 2100.

What to many is a grave cause for concern, is to some a business opportunity. Wine producers are paying attention.

In 2009, Greenpeace France published a report on the impact of climate change on the wine industry, saying that if temperatures continued to increase at current rates, wine-growing would shift upwards 1,000 kilometres, to 60°N and 50°S. (Currently wine is grown between 35 and 50°N and 30 and 45°S.)

“An increase of 2-3C would (for the wine industry) be manageable. But an increase of 4-5C would completely change the global wine map” said Bernard Seguin, of the French National Institute for Agricultural Research, speaking to Time magazine.

The situation facing the wine industry reflects the profound impact climate change will have on human society. But if anything close to a 5.8C temperature rise comes to pass, the source and mouthfeel of our wine may be the last thing on our minds.